Agoda, global digital platform, had recently expanded their Taipei office, designed by Steven Leach Group. Nestled in the heart of Taipei, the project was developed with a concept of origami as a touch of Taiwan culture, combined with Agoda’s colours to reflect the travel platform’s mission – hassle-free and fun. 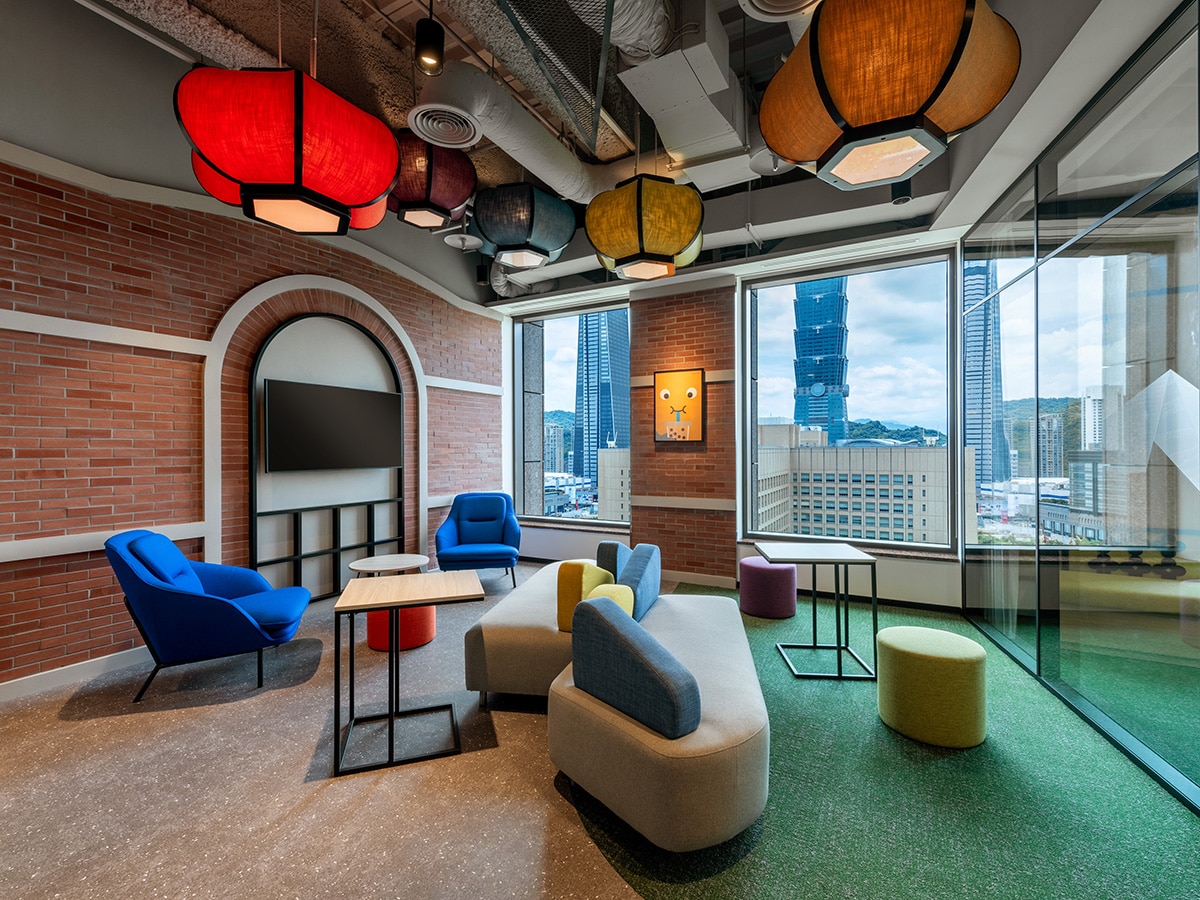 Agoda’s new office is now in the Xinyi District, which comes as no surprise since this neighborhood is a unique tourism spot where fashion and culture intersects. Beyond spectacular skyscraper views of the Taipei 101, Agoda wanted a bright and open space for its employees as well. The approach was to maximize the natural light coming in from the windows when separating the office’s private and public spaces, allowing the view to take center stage for all. This office adopted a flexible multi-use space as a pantry and open office, and is also equipped with a phone booth, mother’s room, and meeting rooms to serve the employees’ needs. For staff, there are also several breakout areas, to cater to Agoda’s dynamic and collaborative culture. The flexible working space allows for intimate to large scale discussion. Social spaces are peppered through the office to foster team relationships as well. 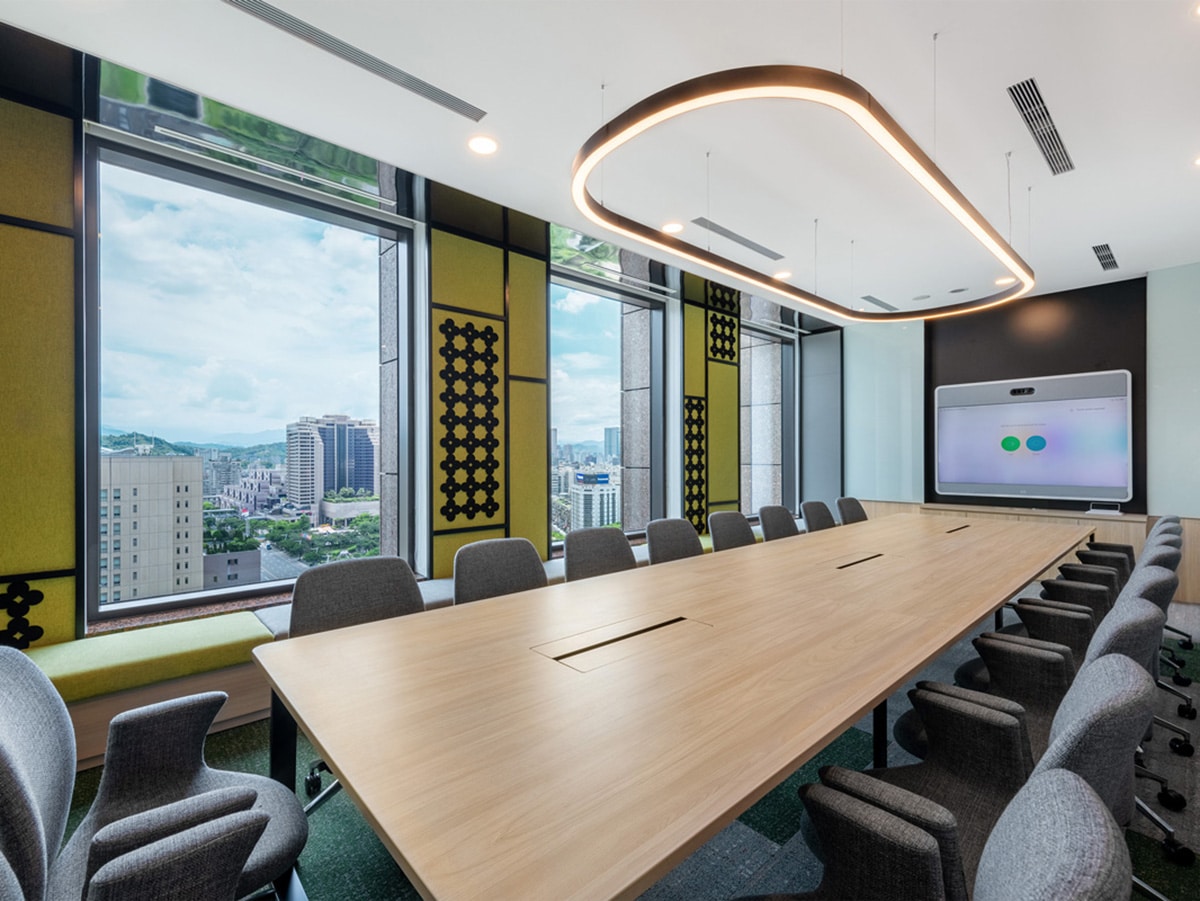 The sleek and simplistic reception design draws in the Taiwan’s unique backdrop of skyscrapers blending against Taiwan old street. With Agoda’s hear to inspire employees travel and explore, the design aims integrates the sense of culture ensuring function and connection. The office’s signature red brick wall and drop lanterns reflects the unique use of local materials and ode to Taiwan’s culture. Each meeting room defined the five iconic colors from Agoda logo while seamlessly blending in with the office’s modern take on culture.

Agoda looks forward to welcoming its travel community! The design philosophy of the office is based on applying Taiwan building typologies and materials into the office space together with Agoda’s bright and uplifting branding identity. With the new office, Agoda continues to inspire its employees and bring the spirit of travel into the office.